When I decided to teach this semester it was for two reasons: First, I love it.  I love mentoring the next generation of professionals and sharing my experience with them to move forward.  It’s energizing and, frankly, it’s fun.  Second, the money is not bad at all, so I get some extra funds to manipulate into savings or other things since most of my principal salary goes into retirement.  Largely, though, it was because I found out late into the academic game.  My class is a popular one and I know that people took this class largely because I teach it; if they were met with a substitute who had to wing  the semester, they wouldn’t be getting their money’s worth and that wouldn’t reflect well on me or on the program.

My boss told me that I was making a mistake; I needed to conserve my energies.  I was obstinate: I would be fine.  Shortly thereafter a parade of colleagues came into my office, one after the other, and opened with “So, I hear you’re teaching this semester.”  My boss, with his heart in all the right places, was trying to get others to persuade me to drop this crazy idea.  Everything will be fine, I assured them, I’m hiring an assistant and the treatment plan will dovetail nicely with the semester.  I did find a substitute for the spring, so I kept assuring people that I wasn’t all that crazy.  I didn’t know, then, that the cancer has spread.  Nor did I know that not one graduate student would be interested in working.  And I forgot something really important: responsible as I want to be with regard to my students and the institution, my first responsibility should have been to me.

Permission is now granted for all of those who want to say “I told you so” to say just that.

On the good side, I didn’t think of cancer once in two and half hours.  That was pretty glorious in and of itself.  But by the time I ended class at 8:30 (earlier than I normally do) my vision was blurred, a heavy cloud of exhaustion was settling over me, and I made my way to the subway.  I took the local and rode with my eyes closed for 12 stops.  Somehow I climbed out of the subway, walked three blocks for home, greeted and fed my feline buddies, and sat.

Finally I got up.  Eyes blurred and lower back sore as the day is long, I had to make some tea and sit.  Then I decided to write a blog post to chronicle my folly.   Note to self: listen to people.  Oftentimes they know what they’re talking about. 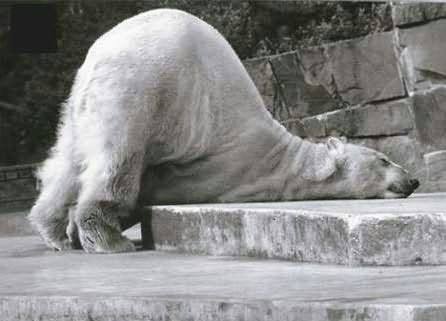