On Being Nominated for Multiple Awards

“It’s an honor just to be nominated.”

We all hear this on the days and weeks that lead up the the Oscars.  And every time I hear it I say, “Bullshit!  You want to win!”  Then network television made the whole process worse by putting up live images of the nominees as the winner is announced.  Good thing they’re all good actors because I couldn’t hide my disappointment behind a smile.  Are you kidding?  I’d be the only one among the losers flipping the bird to the camera. 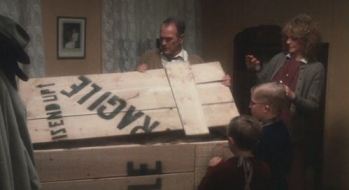 Then  my Twitter feed lit up one day.  WEGO Health, a social network that connects health care activists, leaders in the field, bloggers, and tweeters, had informed me that I had been nominated for an award.  The Rookie of the Year Award.  Wow, that was pretty cool.  I was so honored that one of my peers nominated me.  I could understand that old “It’s an honor just to be nominated” line after all.  I put up a link on my blog and hoped that readers would endorse me.

Then I saw another notification.  One of my peers had nominated me for the Best in Show Twitter Award.  After all of my goofy tweets, I kind of feel that my readers should be getting an award for tolerance.   And then the title of  the award concerned me.  Would I have to run around a ring with a handler?  I have been told that, no, I don’t need a handler (though no one mentioned the ring, so I’m still a little nervous).

And then yesterday I was floored yet again when I learned that my peers had nominated me for the Hilarious Health Activist Award.  I’m not sure all of this has sunk in entirely.  After all, I’m taking a lot of meds right now and the celebratory fist pump takes a little longer to execute.

When I started this blog it really was planned as an environment for me to chronicle my cancer adventure.  I naively expected it to last 18 months; I’d post a bunch of pink ribbon stuff, then I would be cured, lose interest, and then say goodbye to the blog.  But since that isn’t happening, it’s really evolved into a vehicle through which I don’t solely document the experience, but explore the physical, emotional, social, economic, and ethics of this experience.

Sharing this with you has helped me to make connections with health advocates, fellow breast friends, and channel my rage during my first Pinktober.  All the rage I felt about this disease and hurting was channeled square into the pink madness.  To say that it was cathartic almost dismisses its importance in retaining my sanity.  So many private and public messages have been sent sharing how I’ve helped them by expressing what they could not put into words.  My colleagues, who wish to, can keep tabs and better understand my absence from the workplace.  Physicians read it and tell me that the work I do here helps to inform them of the holistic impact of this disease.  And my friends keep up on the latest news or the latest bee buzzing in my bonnet.  A lot of folks have told me that they read the blog first thing in the morning with their coffee.  One person said they read it on their Kindle while they’re still in bed.  I kind of feel like the New York Times (without the cache, money, reputation, name recognition . . . ).

This blog is both necessary and enjoyable for me.  That you read and follow what I write is enough to be honest.  But that my peers and readers feel that it rises to the height of recognizing me publicly is truly unbelievable and I am quite grateful.  Yeah, actually being nominated is enough. 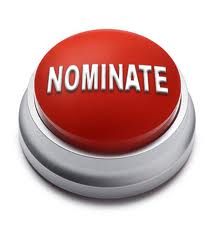 The hell it is.
Click the button and endorse me already.

Every time you click the button someone gets a clean PET scan.

14 Responses to On Being Nominated for Multiple Awards