Change is never easy, but as a change agent in my professional life I’ve always been willing to suck it up.  I don’t always like it, but I can usually find a opening that appeals to me and warms me to the change.  Or, if I can’t, then I find another option all together.  Sometimes this happens seamlessly, other times it happens with me exchanging words.  But I never quite lost it in the process.

Last night I had a meltdown of epic proportions.  And it all began with a trip to meet my new oncologist on Thursday.

I was looking forward to meeting her.  My former oncologist was clearly one in a million, but that didn’t mean that I couldn’t forge a relationship with a new professional and partner in my treatment going forward.  I liked the hospital and every physician and professional I encountered was positive so I had high hopes.   Notwithstanding my usually high bar, I went in with an expectant and open mind.

I waited an awfully long time, but I figured that there has been a lot of change in the facility and maybe folks were adjusting.  She entered the room and we shook hands, and she asked me how things were going.  That was asking a lot, so I started with the pain management and she looked at me curiously.  And I became all too aware that she had never read my chart before walking in that door.  She listened to me talk about pain management and had no follow up questions, so she went directly to the desktop and pulled up my information.  She rifled through entries, trying to familiarize herself and ask me questions at the same time.  Clicking one line to the other with the mouse was annoying me.  Her cellphone rang and she said she had to answer it because she was covering another department.  She pulled up the report of a CT guided biopsy and looking through it hurriedly told me that the results were confirmed.  I said, “That’s curious, because it is my understanding that it was indeterminate because such a small sample was aspirated.”   She looked at it again, “Oh, yes.  You’re right.”  She pulled up a PET scan from August and began talking about the results and I had to correct her and tell her that a more recent PET scan was conducted on November 9.  She looked at the report and proceeded to tell me that there were two lesions in L4 and S1.  “These are bones in your lower back,” she said. 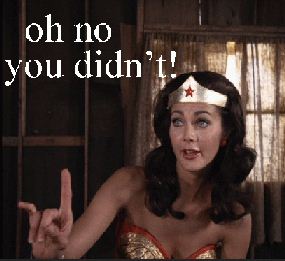 Wait.  She really said that, didn’t she?  Because a woman who is 52 and has known that she has cancerous lesions in her lungs and her vertebrae for the past five months would not know that L4 and S1 are “bones in [my] back.”   Wow.

“So, are you going to have any blood work today?”  I thought that was a pretty odd question, considering that any woman who doesn’t know that vertebrae are bones in her lower back would probably not be allowed to order her own blood work.  My answer betrayed my annoyance.  I asked her about out patient charges for injections that I receive and she made it clear that she wasn’t going to talk about this, that I should speak to the “experts” in the office.  I had hit a dead end–I didn’t even bother to tell her that the “experts” had already referred me to her.  Her cellphone rang again and I waited .

It only got worse.  She wanted me to  lean back so she could examine my breast and I told her that I couldn’t; I was still experiencing a lot of back pain and I couldn’t lay back while still in a sitting position.  She seemed really annoyed by this and asked me why I couldn’t lean back; I told her again.  Visibly affronted, she quickly grasped for the leg extension on the exam table and I was able to lean back.  To be honest, I’ve performed more substantial exams on a loaf of bread.  After months of breast exams I can sort of attest to their thoroughness.  She paid no attention; almost seemed as if she were going through the motions.  I told her that I would be having an MRI ordered by my former oncologist that evening–she never asked me about it.

I was struck.  Dumbfounded.  My usual spark for calling someone out on egregious behavior was lost under the total shock and disbelief in how I was being treated.  I asked her about surgical options–lumpectomy, etc. I had asked my former oncologist about this too and he answered the question and I was satisfied, but I wanted to hear her answer.  “Well, in cases like yours we treat the entire body.”   Dismissed!

Did I need any more Tamoxifen?  She sent through a ‘script.  Even though I was struck silent, I had enough in me to try one more thing and I tested her.  She asked me if I had any complaints, and I told her that I was experiencing some significant blurry vision from the Lyrica I am taking.  I was pretty sure it was the medication, and just sitting across from her I had to keep blinking my eyes because she was so blurry.  “Oh, that’s not good,” she said and proceeded to tell me she’d see me in two months.

I knew I would never see her again.

When I went downstairs to get my monthly shot of monoclonal antibody goodness (Xgeva), I struggled to hold back the tears.  I asked the nurses about this doctor–what was her reputation?  Did they like her?  What was the word on the street?  They were professional and diplomatic, no one said anything negative–and no one said anything particularly positive either.  I just cried.  I said I felt like I was walking naked down Cancer Street and no one gave a good damn.  Just the thought of having to launch yet one more search for a good oncologist daunted me.  I couldn’t believe something so great had gone straight to hell in a little under fifteen minutes.

And then on Saturday night it happened.  The meltdown.

Without warning, I began to sob uncontrollably.  I didn’t know what was happening at first, but it didn’t take long for me to realize that I was finally processing that Thursday appointment.  It wouldn’t stop.  I couldn’t stop.  I was hyperventilating.  I walked through my home in sheer panic.  From room to room (and there aren’t many) I was trying to find some center to calm down and I couldn’t.  The sobbing wouldn’t stop.  I couldn’t breathe and I was afraid I’d pass out.  This went on for nearly an hour and I saw no end to it.

I reached out to social media and people answered.  It was amazing, actually.  I never thought to even call my best friends because I was so out of sorts and in such an extreme panic.  Frankly, I don’t think my friends would know what to do.  They had never seen me in such a state.  I never experienced anything like it before.  Dr. Attai talked me down and made some inquiries on my behalf.  Kathi Kolb was her Amazonian self and talked me down at the same time on FB.

I went into that appointment expecting that I would be met with respect and was, instead, dismissed, treated like an imbecile, and disrespected in a way that I could have never anticipated.  I am still shocked.  Everyone has an off-day, but this went well beyond an off day.  My only regret is that I didn’t tell her to go fuck herself at all.

The core of the matter is this: I’m facing a terminal illness.  All that I know for sure is that I can manage this disease but I’ll never beat it.  And while I can manage it, I am also scared.  So what I expect from the oncologist with whom I work is a partnership; one in which we respect one another as intelligent individuals and a mutual trust that is earned on both sides.  And, as a patient, I need to know that my oncologist has my back.  Medically this will be the most important person in my life.  I don’t intend to settle.

I reached out to the right person and I am hopeful that I can be matched with an oncologist with whom I can forge a productive relationship.  This meltdown was traumatic and, twenty-four hours later, I haven’t quite recovered from it physically.

As open as I want to be about the experience, there is a certain modicum of shame involved.  Five months ago this would have been nary a wrinkle in my napkin.  I would have confronted someone like this, crushed them like a bug and never thought twice about it.  But after three months of constant pain, physical setbacks, and my personal and professional identity under siege, I suppose even I had to break  at some point.

I can forgive myself for that.

53 Responses to The Meltdown