First of all, 2012 sucked!  Before July 19 all I bitched about were office politics and cat hurl.  Things have changed a tad.  And while I can certainly detail the changes, there is one profound change worth talking about.  Particularly in the wake of one unbelievable meltdown.

Every single time I receive a comment; nay, every time I write an essay, I think of Betty Ford.  When she went public in 1973 and told the world that she had breast cancer she blazed the trail of trails.  What the hell did women do without any outlet?  Talk about being left out to dry: radical mastectomies, no support networks, taboo subject matter that wasn’t even talked about in families.  Can you imagine the old school patriarchal medicine forced on these women?  Just thinking about it makes me throw up in my mouth a little.

I had an aunt who was in her 70s–the family matriarch.  When she died as a result of breast cancer, no one really talked about the disease.  Instead people focused on her bravery, her many years, her kids, etc.  So forgettable was the cause of her death that I never recalled it.  Every time I was asked if anyone in my family had breast cancer I always answered no.  I was the first, apparently.  But I wasn’t.  Aunt Harriet was the first of which I know.  And I’ve learned since of aunt who have had cancer of the breast or other organs.  All on my father’s side of the family.  (Thanks for the crummy genes, dad.)

Granted, I’m not happy walking around with stage iv cancer, but I have an added advantage over so many women before me: I have a support network the likes of which they could never have imagined.  I am grateful for it all of the time.  Every time I read a comment or a tweet I know how lucky I am.  But it was not until my meltdown that I saw plainly the embarrassment of riches that I have in this  community of women with breast cancer and the people who support them. 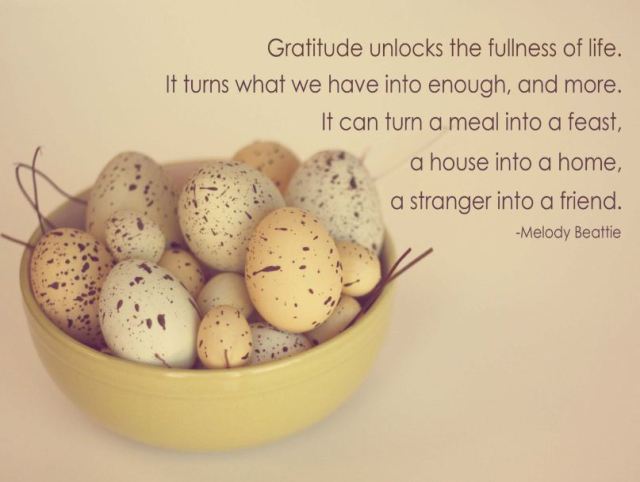 First, social media came to the rescue and peeps helped to talk me off the ledge; they grabbed my consciousness and pulled me away from the chaos.  For that hour I felt like I was losing my mind, but my peeps and tweeps held on to me and kept me from falling.  How lucky am I that people on both coasts of the United States and Liverpool, England had my virtual back?  Virtual my ass, that shit was real.  (My psychiatrist might feel a little abandoned.  Sorry, doc.)

Second, the catharsis of chronicling the experience in writing provided another level of solace.  That has been the entire reason for the blog.  If I were not able to discuss milestones, feelings, questions, and explore the hilarity of cancer (because only we know how it can actually be hilarious at times) I would be lost.  And what you put out comes back, because for every blog post I read every day I get something from it.  And by virtue of being told, I know that this blog is helping people.  And that ability to help as you hurt is both sincerely humbling and powerfully healing.

Third, the words of support that I received after my meltdown were like an international tsunami of support, empathy, and healing the likes of which I have never experienced before.  I can truly say that as I recovered physically from the emotional thrashing I received, each and every comment of support lifted me higher and higher.  I could feel it.  You understood, you had been there, you had witnessed, you walked through that fire and came out the other side and so too would I.  And I did.

I suppose that meltdown had been brewing for some time.  Hell, for the last four weeks I have been weepy–and annoyed.  I have been in so much pain that sometimes the smallest hurdle had my lower lip in a quiver.  But Thursday’s encounter was too much to bear.  Hell, I’m better prepared when I go to administrative offices and talk university records management.  But the important thing is not the lack of support that I received from that one oncologist on that one day, but the support that I have received from my friends and extended breast cancer family on the days that followed.

2012 still unequivocally sucks beyond any standard of universal measurement.  But when it comes to the support I receive from my friends I am as rich as Croesus.  Richer,  even.  Croesus didn’t have social media.