I read an essay today that described a kind of alienation felt by a woman with stage iv breast cancer.  Friends fall off the radar, neighbors don’t know how to treat you or what to say, you’re faced with an inability to relate to the lives of others, and other things.  I can honestly say that I can’t relate entirely to this but, after all, each of us is different.  But I can see how it happens and why.

The most alienation I have felt has nothing to do with close friends or family, but in a virtual reality known as the discussion board.  When I was first reaching out to find information and connect with others going through the same hell, I found a thread started by someone who was diagnosed in 2012 and titled it “2012 Sisters.”  Folks there are smart and caring and served as a tremendous reservoir of strength and knowledge for some months.  Even though people were newly diagnosed and not (as far as I am aware) diagnosed with advanced disease, it was pretty much the first place I would check every day.  I connected with some folks there and value those connections tremendously.

But as I got further into the complications and the reality of advanced disease, women in the group were (thankfully) recovering from chemotherapy, moving through surgeries with varying stages of ease or complication, hair was gone and back again, and for many treatment ended or was close to ending.  I felt weird on two fronts: 1) I couldn’t truly understand the journeys of these women because I didn’t go through any of that chemical warfare, and 2) my diagnosis was final and no one–rightly so–talked about what it was like to deal with a diagnosis such as mine.   As more and more moved into the the sister-topic, 2013 Survivors, traffic lessened significantly and I no longer feel any profound connection.  People were loving and cool and one even wrote, “You’re a survivor, Scorchy!”  And I loved that.  But I’ve faded away.

No one is at fault.   The same caring and awesome people I met there are still caring, awesome, and brave and I check in more as a lurker now and enjoy reading  about their progress.  But beyond an initial diagnosis of breast cancer there isn’t an anchor that binds us anymore.  I empathize with them, but I can’t fully understand.  They empathize with me, but they can’t fully understand.  It is what it is.  And, honestly, if you have someone who has been diagnosed stage i, gone through their personal hell, and emerged as a popularly termed “survivor,” I’m betting they don’t want to be reminded of the tragic fact that far too many women who emerge victorious are reacquainted with their old enemy in subsequent years.  They could be one of them; and because of that I hesitate to comment.   I feel kinda funny, you know?  Like a big red flag. 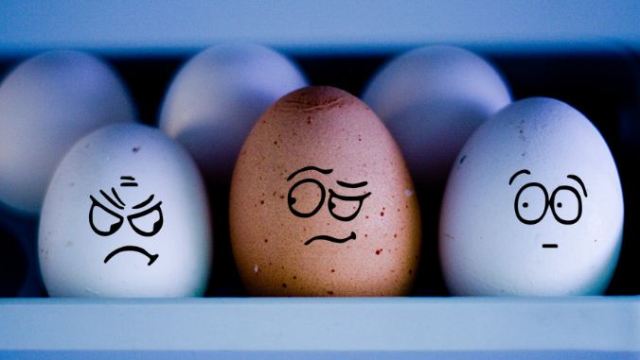 So I go to the stage iv boards.  They’re okay: informative, supportive, and filled with equally caring and awesome and really brave individuals.  And it’s good.  But I find that stage iv boards are, not surprisingly, less filled with urgency than the others.  Less likely to be involved in a grand and twisted adventure of surgery to chemotherapy to second surgery to recovery.  Subdued from the knowledge that individual crises or surgeries or treatments aren’t the way to survivorship, but merely maintenance.  They maintain the new norm.   There is no “victory.”  And more individuals pass through the discussions without staying put.  That is, many friends are made here, but there is a distance.  People get their information and move on.*  You get too close, then that person could depart from the group.  Forever.

When you see how people react in the virtual world, it is no different than how they react in the real world.  I am very fortunate.  I keep my circle of friends pretty close–I’m not one to have dozens of friends and multiple parties to attend weekly.  (That’s too much like work.)  But my real friends remain my real friends, colleagues who were largely strangers aren’t strangers anymore, and I’ve met many women who have advanced disease, those who advocate on behalf of women with breast cancer writ large, and also those who treat this disease in its numerous forms.  And, honestly, if anyone is keeping their distance I don’t notice it because I don’t care.**  To paraphrase a popular refrain, I got 99 problems and that ain’t one.

All of us have been on the other side of cancer.  The side where you don’t know what to say, or how to act, or feel that your desire to help is awkward at best.  And those of us with breast cancer realize that even in Cancertown (a noun I borrow from the late Christopher Hitchens) we are separated into stratified neighborhoods.  Those based on stage, manifestation, and outcome.  Depending on where we are in Cancertown we feel fortunate, troubled, scared, or marginalized.  The weirdness of daily life in an even weirder construct that exists inside of a larger stratified world.  And perhaps it is within this weirdness where circumstances will leave us feeling alienated.   But it is also in this weird place where we have the opportunity to either find ways to connect or just decide to move on.

** When I did feel abandoned by my nephews, I called my sister and told her that I needed to know that I am loved!    Needless to say, now I know.