The human body does a wonderful thing by making you forget pain.  You know you had it.  You can kind of describe it–using the words you coined when it was at its worst.  You can sometimes point to where it was.  But you don’t actually remember it.

I realized this when I read a post I pulled from the cleavage “The Bridge is Pink.”  It was the most intense week of living with the lower back pain that had been caused by the tumor flare.  I was scared.  I could hardly walk, when I did it was with a cane, my professional life was taking a beating, and for all that I knew at the time cancer was on an all out assault and was killing me.  This was all I knew at the time.  And it would continue well into December.  I felt assaulted, violated, and beaten.

But in hindsight I now know a few more things about that period.  It was the high point of the tumor flare and in subsequent weeks not only would those lesions shrink, but by February 2013 they would be all but resolved.  After I met with an anesthesiologist specializing in pain management in December, I learned that the back pain–post tumor flare–was not from cancer.  It was, instead, an old back injury that had been kick started by the tumor flare.  I was hit by a car some thirty years ago, and I had a herniated disk and a laminectomy.  I have severe arthritis of the facets in my back–most likely a result of that early trauma.  And I probably had it for many years going back into my twenties.   The flare of the lytic lesions + the affected and now weakened vertebrae, and shifted body weight to the facets = debilitating pain. 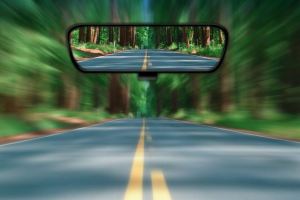 Knowing that it was a relief in and of itself.  Cancer wasn’t taking my life away; I wasn’t going to be in that level of miserable pain for the rest of my days.  And it was treated.  It was rough in the beginning of treatment and I was high for most of December and part of January, but new medications and two nerve blocks eventually relieved the pain and had me back in the saddle again.  I returned to work, started my spring walks a bit, and even started to wear heels again.  Indeed, I wore those heels on a six block walk from Arch Street to Head House Square in Philadelphia–and it was glorious!   I was normal again!

Pain erodes your world–steadily and forcefully.  In losing the ability to function normally you lose confidence in your abilities and your self-esteem is blanched.  You have no energy and lose the will to do anything; everything from putting on make-up to cleaning to cooking to talking becomes a burden.   People lose patience with you, HR departments begin to hint that you’re replaceable, bosses begin to get impatient, friends don’t understand why you can have fun for a few hours one day and then lock yourself away for ten days more.  You push through, even when you can’t, because you don’t want to be considered a loser or a malingerer.  You feel like you’re losing and there is no way back.   Society sees you walking with a cane and measuring your steps and tells you that this is your fault.  You’re not fighting hard enough.   You’re not happy enough.  I mean, c’mon, if it was that bad wouldn’t you be in the hospital?  Malingerer.  Loser.  Coward.

When the pain returned in earnest on Sunday–just a few days ago–I was caught off guard.   The first emotion I felt was disbelief: I could not believe I had lived four months with this intense pain before I really got targeted help for it.  No wonder I felt so defeated and alone.  The next thing I felt was reassurance, for I now knew that this was treatable and that the end was near as soon as that nerve block was scheduled.  And as bad as it is right now, it’s not the agony I was in previously since I take scheduled medications that have had a cumulative effect in managing the spondylosis.

A cancer diagnosis throws you up against the wall and laid out before you are the things you most care about, live for, and would die for.   But as we begin to live the experience the shock fades and we need to deal with other challenges.  For some it involves chemical warfare, for others radiation, for still others surgery.  All of these things involve physical effects that anyone on the outside cannot see.  Indeed, we can’t see them–they are felt and internalized.  Pains eats away at our very souls and even destroys how we see the world.

Would that everyone knew this.  But it’s impossible to understand unless you’ve been through it.

And I wouldn’t wish it on anyone.