When the Death Star was under construction and then, once completed, sent out Tai Fighters to establish satellite stations, I was busy moving on with my life.  Very busy.  Work swallowed me whole–and I welcomed it.  I was no victim, trust me.  I kept putting it off and putting it off and, well, now I have to deal with the consequences.

I was told that metastatic breast cancer is managed like a chronic disease.  I didn’t have a chronic disease, or at least anything that I thought of as one.  What did that mean?  The best description of a chronic disease was when Eddie Murphy, in his raunchy stand up movie Delirious, described herpes: “You keep that shit forever.  Like luggage.”  Damn, I’ve got luggage all right.  And the wheels came off.  I didn’t go into denial.  I just accepted it as a concept and went about trying to find a way to understand it and deal with it. 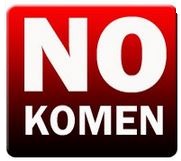 Blogging became a big part of it.  Research was a close second.  I could blog about my observations and experiences in order to take control of the emotional side of my life.  But, as is my wont, I became interested in how this disease was socially constructed.  Only that bigger picture could give me insight to my disease and deal with it in a way that worked for me.  Pinktober followed close on the heels of my diagnosis and I raged against that insipid construct.  Happy pink boas, pink wigs, pink shoes, pink water bottles, pink nail files, pink football teams.  Christ!  Where did the cancer go?  Is this how we as a society choose to deal with disease?  Pinkwash it until it’s stripped of all of its identity and becomes a sick rite of passage that is merchandized beyond recognition as opposed to its being a killer?  How did we get here?

I had my own ideas, primarily a post-modern perspective of the construction of disease through language.  For example, in my post “Language,” I argued that “the word mastectomy has taken on a . . . feminized meaning–all co-opted as part of this twisted pink ribbon culture.”  Mastectomy is, in essence, an amputation.  But it had to be marketed–constructed–so that it was less objectionable.  The marketers, if you will, were men.  Men were surgeons.  Men controlled the delivery of medicine.  And I asked: “And if I was a man and was diagnosed with cancer in my right testicle, would I have the left testicle removed just in case?”

In the exceptional article, “Our Feel-Good War on Breast Cancer,” (Sunday Magazine, New York Times, April 25, 2013) Peggy Orenstein examines the pinking of breast cancer and argues that said pinking has not made women aware as much as it has put them at risk.  Komen, intent on raising funds to largely sustain itself and its substantial market share and salary pool, buries any talk of the limits of early screening and mammography in general.  Prophylactic amputations are accepted as a way of treatment–sometimes without question and some women may never have required treatment in the first place.  Are we “empowered by awareness or victimized by it,” asks Orenstein?  “The fear of cancer is legitimate: how we manage that fear . . . –our responses to it, our emotions around it–can be manipulated, packaged, marketed and sold, sometimes by the very forces that claim to support us.”

But what are these social and cultural forces that shape–and continue to shape–our views about disease and, by extension, chronic disease?   Our attitudes that individuals are responsible for their health and, by extension, having their disease in the first place didn’t just pop out of thin air.  Komen’s emphasis on mammograms, self-exams, and prevention is the flip side of the coin that says “It’s your fault”  and that wasn’t invented by Komen.  You need to dig deeper for those answers.  And someone has.  Brilliantly.

In her newest beautifully written and expertly researched book In the Kingdom of the Sick: A Social History of Chronic Disease in America  (New York: Walker, 2013), Laurie Edwards asserts that we are at an intersection in medical science and social acceptance–we are accustomed to being cured, yet more and more of us are being diagnosed with chronic illness, so how do we deal with this as a society?  How are chronic disease patients perceived in an era of physical fitness and endurance?  What are the origins of these attitudes?  And, most importantly, what are the dangers to both the individual and the health care system in perpetuating the paradigm of blaming the individual with chronic disease?  “Therein lies one of the most compelling tensions history reveals,” writes Edwards.  “The quest to understand the nature of illness from a biological perspective versus the quest to understand illness from a personal perspective.” (12)  This has led, largely, to patients with chronic illness being left misunderstood and undertreated.

Edwards examines a long arc of thought with regard to the origins of disease going back from Hippocrates and the great philosophers to the Age of Enlightenment,  to the Industrial Revolution, and to the cult of self-improvement in the mid-twentieth centuries and its subsequent iterations.

The “upsurge in enhancement technologies [plastic surgery or lifestyle medications] is what physician, philosopher, and bioethicist Carl Elliot calls the American obsession with fitting in, countered by the American anxiety over fitting in too well.  The very nature of chronic illness–debilitating symptoms, physical side effects of medications, the gradual slowing down as diseases progress–is antithetical to the cult of improvement and enhancement that so permeates pop culture.”  (34)

Enter the 1980s and Susan G. Komen and cause-related marketing.  The only time we see women with cancer is when they are rosy-cheeked, walking for the cure, and happily posing in everything pink.  So there they stand, so-called “warriors” against an identified foe who are expected to emerge victorious from their personal war.  A war they are expected to win, of course. Our society puts the emphasis on cultivating awareness and prevention, but lacks the cultural awareness to understand the nuanced nature of chronic disease.  For there you will find no finish line of happy, feminine, pink, white middle-class women for those with stage iv cancer.  In the land of chronic disease successes are defined very differently.  Because of this the land where one lives with and manages their stage iv cancer “is a murky, gray space, when for so long we have thought about cancer in the state terms of living or dying.”  (101)  Especially when you see how the acute manifestations of breast cancer compares with their stage iv counterpart.

The awareness campaigns have done little to nothing for women with chronic disease.  Komen pats themselves on their collective backs for featuring a woman with metastatic breast cancer in their marketing blitz (who has since died), yet uses a pittance of donated funds for research.  And in a society primed to expect diseases to be cured–and cured quickly–we inhabit a gray space indeed.  As I wrote some time ago, “[living with metastatic breast cancer] is a very odd existence.  One so alien and surreal–truly undefined–it is not surprising that women with Stage IV are virtually ignored in the pink ribbon zeitgeist.  After all, how do you market a nightmare?”

Edwards deftly explores a wide range of chronic disease from AIDS to obesity and the stereotypes with which they must fight in addition to their disease.  Women, in particular, are at risk for being characterized as hysterical or stressed when they do not respond to treatment and become a challenge to diagnose.  In this vein specifically, Edwards uses her own experience with chronic disease and those of the individuals she interviews to inform and direct her research.  In the end, individuals with chronic disease want to be respected, understood, and given the tools they need to lead fulfilling and productive lives.

Both Orenstein and Edwards leave us with a cautionary tale: it serves no good purpose to be swept up in a movement of good feeling or ascribe to negative stereotypes as if we were lemmings rushing off a cliff.  At some point you need to plant your feet firmly on the ground and say “STOP!  I refuse to be manipulated!  I will make up my own mind!”  This is not an easy task, but one for which we would be better off if we did it more often.  Read this smart article by Orenstein* and this brilliant new book (hot off the presses) by Laurie Edwards and stop running toward the cliff’s edge.
___________________________________________

* Be sure to read the outtakes from Orenstein’s NYT article.